Differences between current version and previous revision of PowerFuse.

Once when I was walking my dog, I found this giant (12 inch long) fuse laying in a stream near Felton, CA. It must have fallen out when PG&E workers were repairing a transformer. 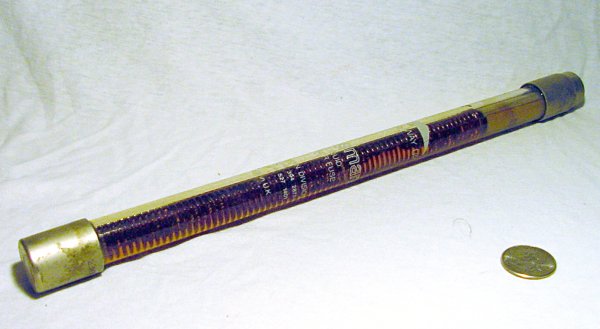 The fuse is liquid filled. Here's some of the text on it:

I called Bussman and asked if the liquid inside was toxic, they said no.