In addition to the racing, there were also a lot of cars on display. Some were from the manufacturers, but most were from enthusiast clubs. Some were cool and some were not so cool. Here's a not so cool car:

I mean, why would you display your car with the front all smashed? Weird.

This Viper was actually in the parking lot, but it looked cool nonetheless. 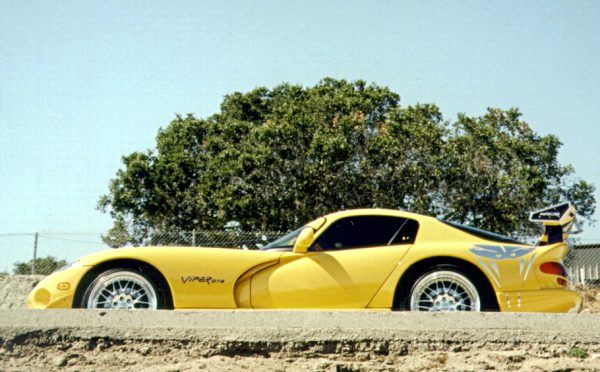