The first leg of our trip took us from Portland to Craters of the Moon, Wyoming. As I mentioned on the previous page, there aren't any pictures of that.

We stayed mostly on the interstate, but once in Idaho we did veer off onto US 20. I highly recommend US 20 for anyone planning a cross-country trip across the northern US.

US 20 plus a few other scenic two-lane highways eventually took us through Thermopolis, Wyoming. Thermopolis bills itself as "the world's largest mineral hot springs". I'm inclined to agree. 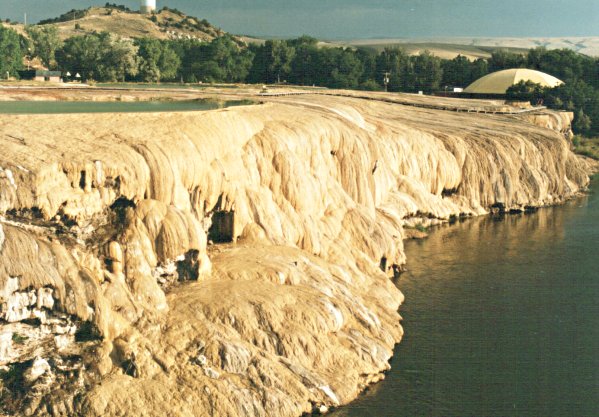 Random side note: While I was waiting for Kevin in the Portland airport, I received a text message from Kevin. He sent me an update about his arrival time. I believe that's the first actual useful SMS message I ever received (I'm not counting a few test messages I sent and received with friends).

Side note #2: for some reason, it's more pleasing to write and read "Wyo." for the Wyoming state abbreviation than "WY".