After the Concordes were retired, one was shipped via barge from JFK airport to the Intrepid. Hopefully the public will be allowed in the plane at some point.

Kind of a poor picture, but the Concorde is that white plane all the way in the back. In front of it is a 1950's cruise missile sub. 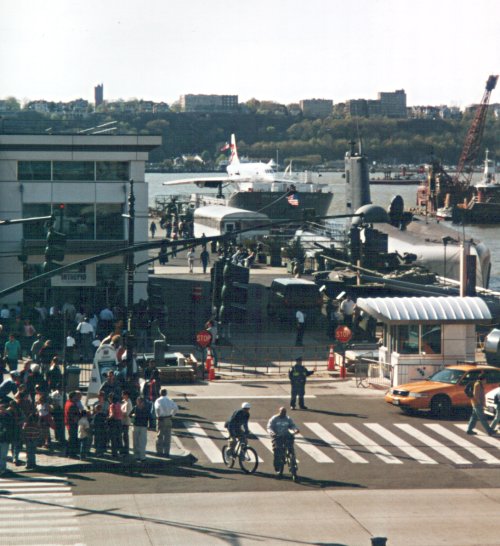 Now we move on to some pictures of the ship itself.